Back to the communications centre

The dish cooked by the winning team will be served to participants of Le Porc Show on December 7. Don’t miss this opportunity to treat yourself!

Congratulations to all teams and especially to the winners of the 7th edition of the competition!

1) On October 31, the future chefs attended a pork cutting demonstration and had the opportunity to learn more about the pork industry and the reality of pork farmers through their meeting with Louis-Philipe Roy, breeder, president of Le Porc Show and second vice president of  Les Éleveurs de porcs du Québec.

2) On November 3, the six teams cooked three gastronomic meals highlighting a specific pork cut: the leg. A panel of guest judges evaluated the various meals and selected the winning team

From left to right:

Check the photos of Le porc du Québec à l’ITHQ week on our .

Le Porc Show in the media

Our competition made the local news on the past few weeks. Read the articles! (French only)

Le Porc Show will finally be back in person at the Quebec City Convention Centre on December 6 and 7. Come and

A new president at the head of Le Porc Show 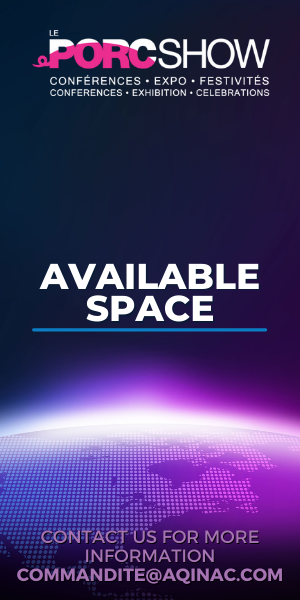 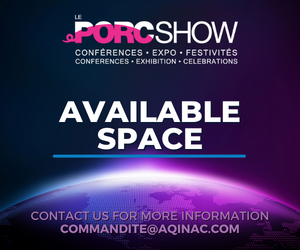